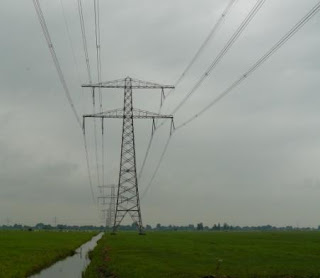 In the old days, a system or application was one solid rock, maybe relying on a few external interfaces for some batch-processing

Outage would simply manifest itself system-wide, it would either work in total or not at all

BPM already introduced the risk of great dependency, where an enterprise-wide process would consist of multiple applications and systems, each representing a potential single point of failure

In my opinion SOA doesn't add much to these dependencies, nor does EDA. SOA introduces a larger scale, and thus more complexity; EDA introduces faster response time, and thus smarter and faster connections
Personally I can't imagine SOA without and enterprise-wide integration solution resembling a canonical model under strict Governance, nor can I imagine EDA without an enterprise-wide queueing system for nano-second response

Anyway, off to the question: where should we start? I use mindmaps a lot for this kind of activities, as they're really great for focussing on one part of a complex whole, while mapping a whole chain of interdependent activities / processes

What about the components themselves, whether package-based, tailormade, external or internal? Well, as in infrastructure, redundancy can be the answer. However, dynamics in infrastructure are a lot less than in business application - maintaining redundant business components might just not be a wise investment

Standardisation on the technical side will help us all a lot. Although the example of a power grid failure affecting millions of people, shows that technical standardisation is far from enough, an ordinary fallback-scenario might have helped in this case. The real challenge will be business standardisation, i.e. looking far enough ahead to be able to keep up with internal and external business demands an IT-solution changes

Tools for all this? You can only tool what can be tooled, same as you can only offshore tasks and products that are specced clear enough. There will never be a tool that will fit upon the current (and future) diversity of applications and systems making up the IT landscape of an enterprise. Not even if your whole world consists of SAP or Oracle alone (if that were possible anyway)

Lately I strongly plea for awareness of and attention for the fact that businesses are being driven by business exceptions rather than by business rules. Ever increasing time-to-market, cost-effectiveness and stronger competition create a greater demand on flexibility i.e. deviation from business as usual

True enterprise collaboration and organisation is where we have to start, getting rid of the silos and political islands that prevent an company from acting as one

So to summarize your blog: We need an overall insight in our IT assets and their usage (agreed contracts and the usage of them).
I could not agree more ;)

But this has always been the case, also when developing SILO based applications. With SOA, ROA, EDA, SAAS etc. the scope of IT is becoming more narrow. Where we governed a whole application, we now govern the services of the application.
So, the amount of information particles to govern is rising dramatically.

UDDI, WADL etc. are good initiatives to standardize and administrate services, but they are not sufficient enough.

See it as an opportunity!