Oracle Business Process Management Suite, the best of both worlds 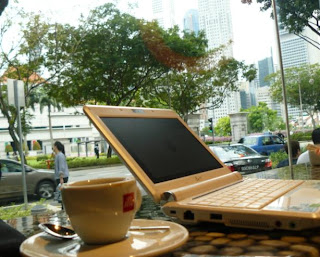 Since the acquirement of BEA there has been a lot of discussion with clients around the topic of Business Processes Management or BPM. Oracle has now got two strategic components in this arena. Firstly the already existing component BPEL Process Manager (BPEL PM) in combination with the OEM-ed product Aris (Oracle BPA), and secondly the former BEA Aqualogic BPM product, now called Oracle BPM. On Oracle Open World, last October Oracle announced the unification of both products. What is the impact of this unification and when will this take place?

Oracle placed BPEL PM in its stack with the acquirement of Collaxa some years ago. In the years after the BPEL PM product was enriched with adapter functionality and a Human Task component. BPEL PM is aimed at the more low level process integration which is also known as orchestration. Because of this, designing a BPEL application is a rather technical process. For Business Analysts BPEL is too technical. In order to fill the gap for designing Business processes Oracle OEM-ed Aris and enabled the creation of BPEL models based upon Aris Business Process models. Aris is the de facto standard in the market for Business Process Management Modeling, and contains a huge stack of reference (industry) models.

In BPM creating Workflows is much easier, a Business Analyst models all the processes and creates the lines in between the process steps, based upon which run time components are created automatically. It is a complete framework for creating workflow type of applications. Besides the ease of creation of the workflow processes, BPM is very strong in the build-in mechanism for simulating processes. The designer (Business Analyst) sets timings for each step in the process and can simulate the process. Based on this simulation bottlenecks, like human tasks or asynchronous services can be easily spotted already in a design time stage, without even involving real services yet. During the runtime of a business process, audit information is captured and can be fed back to the process to be able to tune the process based on runtime information as well. This means a real roundtrip lifecycle for business processes. A third strong point is the versioning capability of components (processes, variables) within BPM which allow current versions to run in parallel. Oracle BPM hasn’t (yet) got as many adapters as BPEL, but integration with the use of Web Services works very well.

On Oracle Open World (October 2009), Oracle announced BPM, BPEL PM and Human Tasks will be moved into one Business Process Management Suite. During OOW there were possibilities to get hands-on with this new stack which looked really promising, the same excellent process definition functionality BEA Aqualogic BPM users were used to, extended with integration with BPEL, Human Tasks and other service components all combined in one single stack. In this process of unification predominately the BPM part will be changed. BPM will be based upon the BPMN 2.0 standard, the design time moves towards to both JDeveloper (the implementation part) and the Browser (Design time) and the run time will be based upon a shared runtime environment with BPEL PM. The BPEL PM product on the other hand stays rather untouched in the unification process.
In this architecture BPM, BPEL, Human Tasks and Aris support the following functionality:

BPM supports the Choreography type of functionality, and is more aimed at Business Analysts.
BPEL PM supports Orchestration, low level process integration, and is more aimed at technical people.
Human Tasks support the workflow component of a process, whether this is started from within BPM or BPEL PM.
Aris is used by Enterprise Architects and Business Analysts on a high level.
Unfortunately Oracle does not provide any dates when a version will be released and what functionality it will contain, but we can be convident that it will be available somewhere in the first half of 2010. In the meantime we still can use both separate Process Management solutions, with a preference for the BPEL over BPM, because of expected minor migration complexities towards future releases.

Soon to be posted on the Capping IT Off blog
Gepost door Léon Smiers op 12:21

you have a nice site. thanks for sharing this valuable resources. keep it up. anyway, various kinds of ebooks are available here

Thank you for posting such a great blog. I found your website perfect for my needs.
Read About BPM Implementation Solutions.