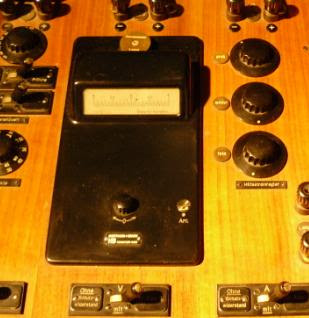 Some 20 years ago Larry introduced the first hardware appliance with Oracle, the Network computer, which was aimed at the customer market, to replace the fat clients. As history showed, that was not a very big succes. Even though is was visonair sight twenty years ahead of time, look at the popularity of netbooks (I write this blog for instance on my Asus EEE netbook with which I'm very happy with).

In 2008 Oracle tried again hardware in joined cooperation with HP. The HP Oracle Exadata Server Grid and the Oracle HP Database machine was introduced. This hardware was not aimed at customers but at the high end back-end market. Data Warehouses larger then one Tera Byte get to the problem that the data traffic between the database and the storage server (for instance a SAN) slows down, there is a Data Bandwidth problem. The combined HP Oracle server reduces data going through the pipes, it passes query results and not data disk blocks. It has been tested at different sites with huge data loads, like Amazon, Yahoo and Telco's. In extreme data and processing situations this sounds like a good, and at first sight, cheaper solution. This machine is typically aimed at the large customer market, and therefore not sold in large amounts.

The credo of Oracle is Complete, Open and Integrated. In order to fill in the white space around hardware Oracle finalized last week the deal with Sun, see Oracle-Sun strategy for details. Oracle started some 30 years ago with developing their software on Sun software, so it's like a coming home experience. Oracle is aiming at selling solutions straight from the hardware factory, a machine containing hardware, operating system, database, middleware and applications aimed at a specific market. Oracle is starting with Telco-out-of-the-box. It sounds like an interesting experiment, but still this offer is aimed at the high end customer market. I hope the next move will be aiming at the more common market, selling out-of-the-box middleware or database box. If these machines can contain automatic updates of the database and or middleware, then I'll be happy.
Gepost door Léon Smiers op 08:26