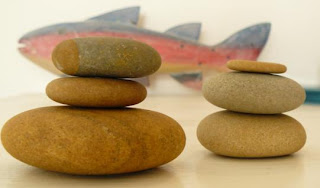 Oracle Forms has been around now for some 20 years, it looked like to get extinct over time, but the financial crisis might give it second chance.
Oracle Forms is a GUI used typically in transaction based applications for high volume data entry. Forms started of as a character based application in the 80ies, it evolved into a GUI client in the early 90ies and now can be deployed as a applet based application used within a browser. The basis of Oracle Forms hasn't changed much. A dedicated Forms process is connected to a Database. In the early days this Forms process was tightly connected to the GUI. In the current implementation the Form process is located on the Application Server and the GUI is located in a browser on the client. Big difference with a 'normal' Web Application is that the connection between the Forms Client and the Application Server is stateful whereas with a a 'normal' Web Application it is stateless. This articulates the type of usage, for every user a separate Forms Process will be started on the server, which consumes processing power and memory. In short, Forms is typically used by a known community, a Web Application can be used by an unknown community. When looking at application types, Oracle Forms is excellent for high volume data entry, and aligns with non functionals like minimal mouse usage etc. In terms of development effort Oracle Forms still is way more productive then any Java based application (roughly 4 hours per function point versus 8 hours).
A couple of years ago the statement was that Oracle Forms is outdated, but slowly it gets back in the picture of Oracle.
In The Netherlands we still have a large community of clients with (core) applications working on Oracle Forms (and not the latest version.....). So for those clients talking about SOA is shouting from over the horizon. And certainly in this financial climate new investments are hard to get.

Currently the step towards SOA is too big (and expensive) for organizations, but revitalization of the core systems build based upon Forms will be a must the coming years. Forms can be used as stepping stone towards a SOA based architecture. Forms can nowadays be used as a channel service exposed in a Web Portal(see also ADF Forms) and also can call out to (Web)services. And Oracle is investing again in Forms Forms modernization.

So is Oracle Forms going to get a second chance?
Gepost door Léon Smiers op 12:41